I've been studied by many different organizations throughout my life. I was diagnosed with autism when I was very little; I was two years old.

I feel safe to say I am an autistic savant in declarative memory. It is a strength I wish had more appeal to employers. I have damage in the left brain of my hemisphere. 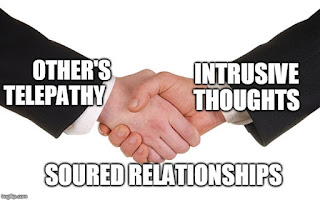 When you connect to the galactics please be careful. Archons do not like people peering outside the veil.

To unlock other abilities such as:
-Reading the akashic records.
-Seeing if people are telling the truth 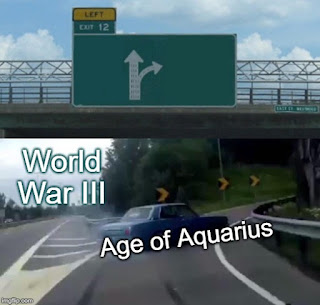 I don't know how many people will meditate tonight. There is evidence synchronized meditation and thought decreases crime and changes collective consciousness (http://gcpdot.com/). If we get 144,000 people to meditate tonight at the same...it will increase the amount of positive plasma in San Diego county.

Reminder the galactics and resistance movement read your thoughts. Unfortunately, you cannot think one negative thought or word without offending some of them. So be careful. Be very careful.

Okay, so I am a person who is used to having their own thoughts about people, good and negative. Extraterrestrials and Agarthans are telepathic and are way too quick to judge thoughts the surface population at times. We aren't all loving and can be crass, at least in southern California.

When we think something it isn't the same as saying it. If you really mean something you'd say it out loud.

You can't even speculate mentally on incomplete information without them becoming alarmed.

Be very careful what you think is what I advise the surface population. Especially as they are scrutinizing more and more.

Be very respectful as often as you can.

Telepathy is going to take some getting used to.
Posted by GG at 4:36 PM 1 comment:

Why Extraterrestrials Involve Themselves

I have a suspicion extraterrestrials are here because we (the surface population) are being colonized by what they consider to be an enemy.

The United States government might have been using the Secret Space Program to invade extraterrestrials; they rightfully saw this as a threat and this could explain the galactic fleet.

They realize they cannot allow private groups to be Type I and invade them, meanwhile the common population are still Type 0. A part of which is used for intergalatic cannon fodder. They clearly can see the divide. Taking over the surface then becomes a necessity to protect themselves.

All the above is speculation but it might be accurate.

I would tell extraterrestrials to be careful about humanity. Respect our beliefs even if they are illogical. Show mercy because we are not as intelligent, humble, and mature. Allow us to have our dark thoughts and dark imagination, for we don't often act on them.

Our Local Group is Here to Help

Somewhere in our local group are 5D beings who expressed concern. They were viewing me and sent very loving energies. I cannot reveal their star. I'm slightly psychic and can pinpoint star systems when I get telepathic contact from extraterrestrials. I don't say anything out loud due to concern.

I can confirm The Chimera came from the Andromeda galaxy.

I saw what I suppose is a Pleiadian agent in the hospital. This was when my nexplanon burst. She wore red lipstick, blond hair, and gave me a very amused look.

How Many People will Leave Earth? Especially women?

There was a very hostile Type 2 which wanted me to cover my hair (which I strongly disagree with), which possibly was attacked by a Type 27.

I have been heavily targetted with scalar weapons. I was shot once with a bullet by an involutnary celibate (incel) who assumed I was more sexually active than him. Funny story, I was celibate. Why have sex with people who care nothing about you?

How many women will leave abusive, religious husbands when they have the chance? Earth men of the surface treat women horribly. Some are good. But many are not. Just my observation from what occured throughout history and my own life.

Someone on my soul madela was forced to have twelve children against her will. I wish she could have justice.

I would leave this star system in a heart beat due to forced psychiatric medication alone.

People who want world war three are in the minority. Let's see what happens near the end of January. I'm very curious to see if Cobra's intel is true.

Anti-abortion is anti-women, by the way. I'll always be pro-choice for enternity.

My Criticisms of Psychiatry

1. Psychiatry is not specific enough. What exactly is wrong with the brain? Can we do genetic tests to pinpoint the illness?

2. The medications often have symptoms more debilitating than the actual illness.