Experiences with the Resistance Movement

Since 2016, I have experienced many things that collaborate with Cobra's intel. As a result, I really wish people would take his intel more seriously.

I was introduced to Cobra's blog (theportal2012.blogspot) in 2016, when my computer was mysteriously taken over and opened to his site. This happened to me after I experienced an extremely high frequency after meditating, and I recieved a message from an anonymous source about becoming a 5D being that was added to one of my Google Docs documents.

I have experienced a few incidents with the Resistance movement and galactic confederation since 2016. The first was in 2017 when a female agent protected me from a hooded figure who tried to approach me at my apartment complex. This was after I was almost assassinated in 2016 after having the lugnuts removed from one of the tires of my car.

When talking to a friend on the phone I heard someone eavesdropping our phone call. I was discussing with my friend the causes of people being transgender. Then a voice with the same cloaking technology Cobra uses chuckled and said, "No its not." I then disagreed with the voice, which then gasped and hung up. I guess he thought I couldnt hear him.

I am NOT saying this was Cobra. It could be anyone using the same voice cloaking technology. I have a strong suspicion it was someone within the resistance movement. From what I experienced, the galactics and resistance movement have the capability of going into any technological gadget.

In 2018 I came home after work to find a few things astray in my apartment. There were footprints in my shower, and a few things were moved in my room.

My mother's room was untouched. The reason I suspect it was a member of the resistance movement was, inside my top drawer some souvenirs were left behind.

One was a few cards referencing a Draco Slayer and the Pleiades; both cards are from the Yugioh franchise which is a card franchise copyrighted in 1996, as shown on the bottom. It likely isn't an accident the resistance agent chose to leave behind cards from a franchise with this copyright year. 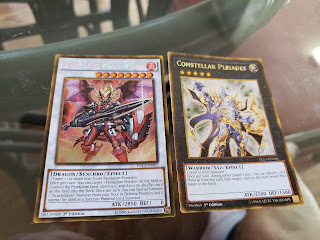 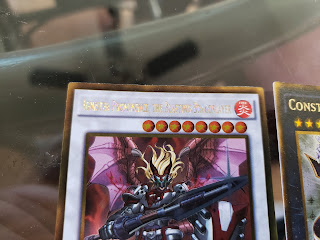 I also found my suitcase full of my childhood photos moved, and next to the yugioh cards were some photos from my childhood also from the year 1996. The same year as the Archon invasion. 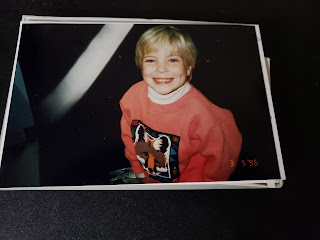 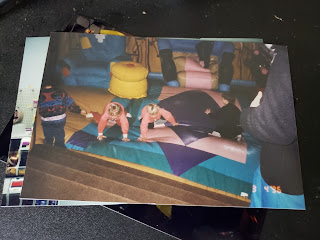 On the outside of my patio door was a white F painted or carved into my sliding glass door. I suspect "F" stands for the first initial of my last name. And the white refers to "of the light". It more likely stands for "Federation of Light". 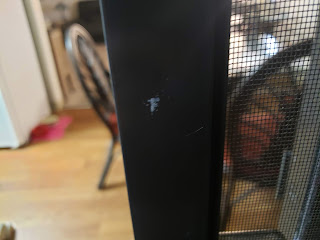 I speculate this is either a Pleiadian from the Federation of Light or resistance agent who is part of my immediate soul family, wanting to communicate to me that they are here.

When Isis Astara passed away, a playlist was created on my Google account titled "Extraterrestrial". One video was attempted to be uploaded to my account, blocked by the Cabal's fuzzy algorithm. This Google account was the same account I used to comment on Cobra's blog. Someone was trying to communicate something to me. 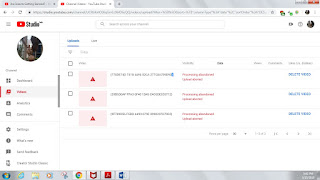 In February/March 2018, shortly after Cobra announced the resistance would clear out all underground negative bases I heard long bangs coming underground around the area I lived.

I then began to hear telepathic messages from the light forces. My psychic ability of clairaudience opened up. At this point I found out what role I am to play in the future. I must keep this a secret at this time from the general public.

Also in 2018, I had dreams of galactic ships beaming down energies to Earth.

In a clinic where I stayed overnight to get a medication adjustment I had my first experience with a directed energy weapon.

My heartrate went from 120 sym to 178 sym. I felt strain on my heart like it was about to burst. The staff were very hostile when I requested to leave, and left me to suffer the entire night with my heart. I almost died that night.

Once I left the clinic I telepathically communicated to the light forces about the directed energy weapon inside the clinic. A few days later I found out that clinic was closed permenately.

Two weeks later I saw a galactic confederation ship decloak over my apartment complex. It happened very quickly so unfortunately I couldnt record it. This was sometime in either September or October 2018.

The ship had a diameter of approximately 15-20 meters and had a round bottom. When the ship decloaked there was a blue field that sprung out at the bottom of the ship. It was approximately 30 meters (100 feet) above my apartment complex. It moved very quickly westward. 30 meters is the same maximum height Cobra said the toplet bombs were at the time.

I suspect the federation ship was cleaning up primary anamoly and trying to disarm toplet bombs at the time.

I experienced many synchronicities, alongside contact with positive entities on the astral and etheric realm. One of them was finding a white dragon scarf just down the street from where I lived. 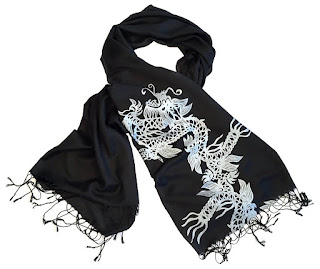 Another synchronicity in 2018 was a cobra car parked at my apartment complex. This is NOT a car owned by anyone in the resistance movement. It is owned by a local marine. But this is an example of a synchronicity nonetheless. 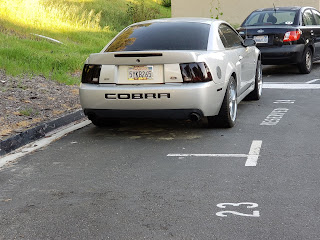 Based on these synchronicities I was guided to send Cobra a brief email asking if I should stay in my location or make it a priority to go to an island of light.

A few days after this email was sent an authoritative male voice spoke through my laptop, "Stay right there in your area." This was likely an answer to my question I asked Cobra. It wasn't Cobra that responded. But likely either the galactics above or resistance below.

When I use my name + pleiadians, it is the same gematria numeric value as "compression breakthrough". Just another subtle synchronicity to add.

Many terms Cobra has introduced to the general public on his blog now appear in many gematria websites: gematrix.org

Victory of the Light.